Buddy is a 2 1/2 year old Terrier Mix that was attacked by dogs when he was less then a year old. He has been in a dog wheelchair since shortly after the accident, and has been receiving physical therapy at Valley Animal Hospital in Clifton. There is one this Buddy has learned, and that is to not let your disability make you feel that you’re any less than that anyone, and with hope, anything is possible.   Buddy has been in his wheels for a year and a half, advocating for those without a voice. He originally started out in a Full Support Wheelchair, but has rehabilitated so well, that he now only uses the chair for Front Support. His owner was able to simply remove the rear support sling. 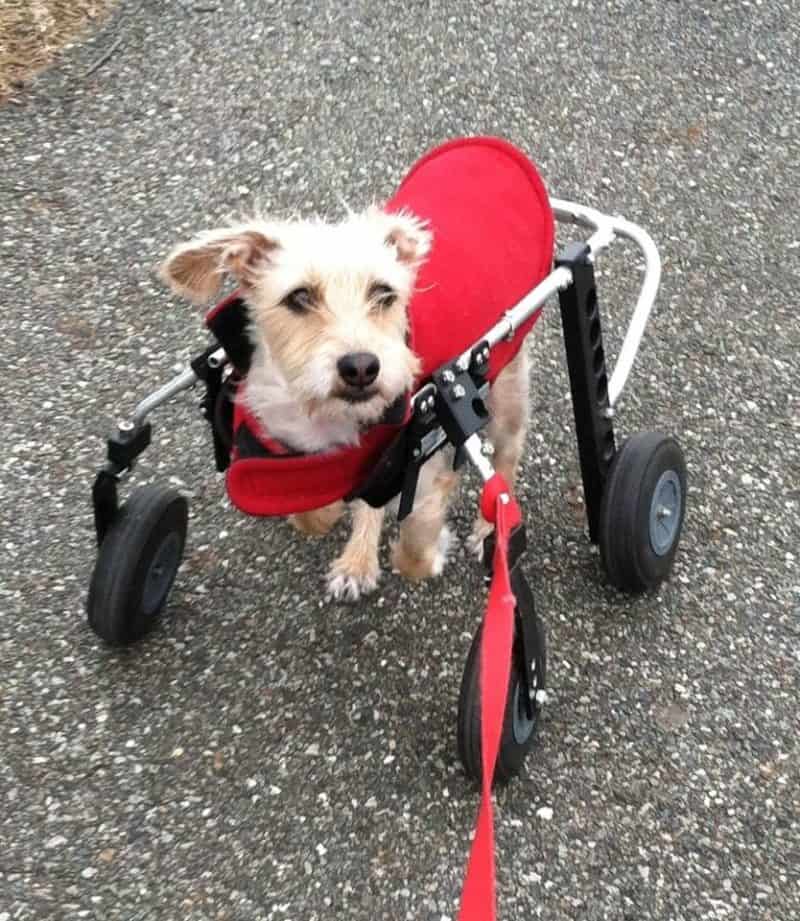